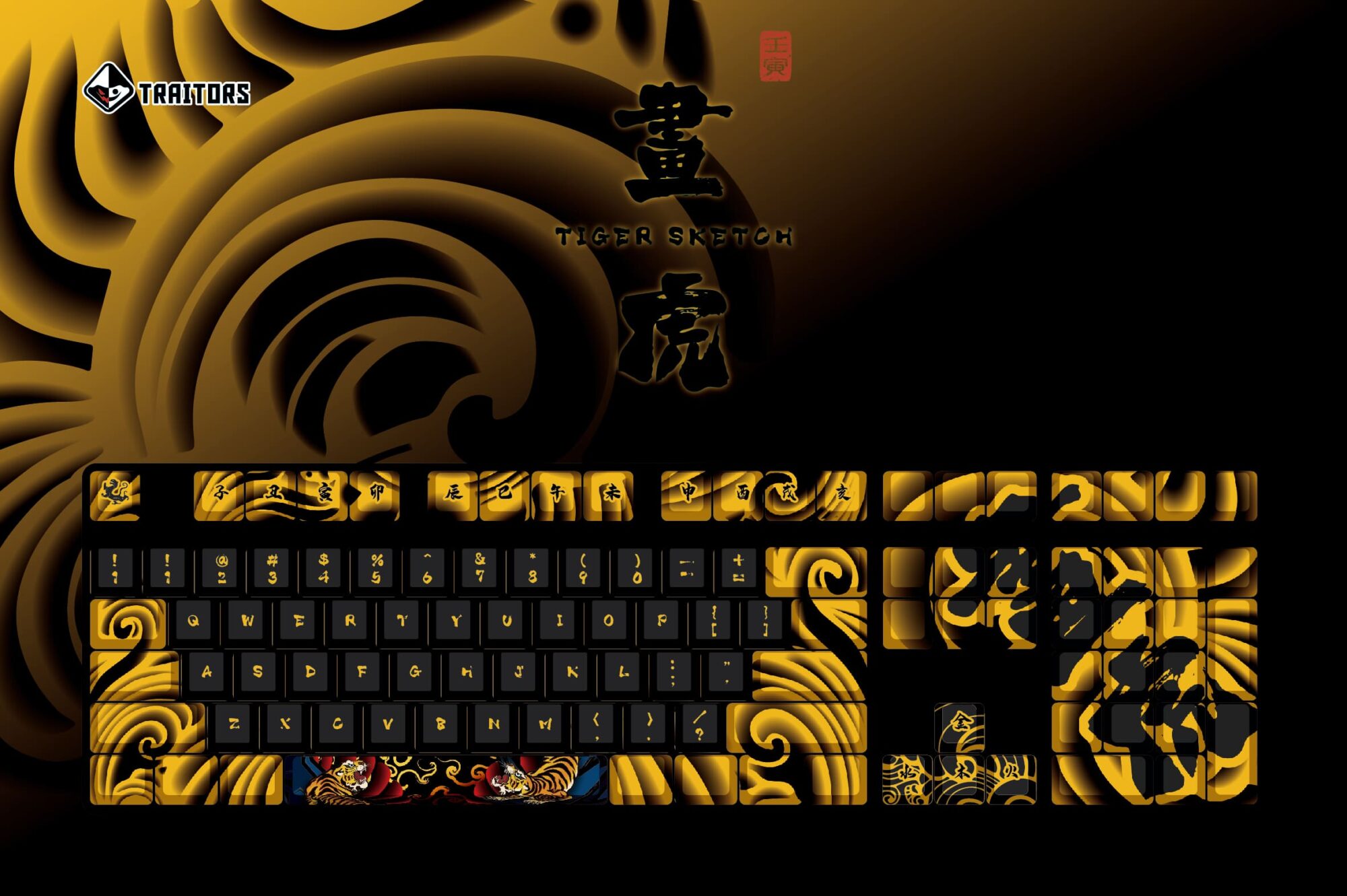 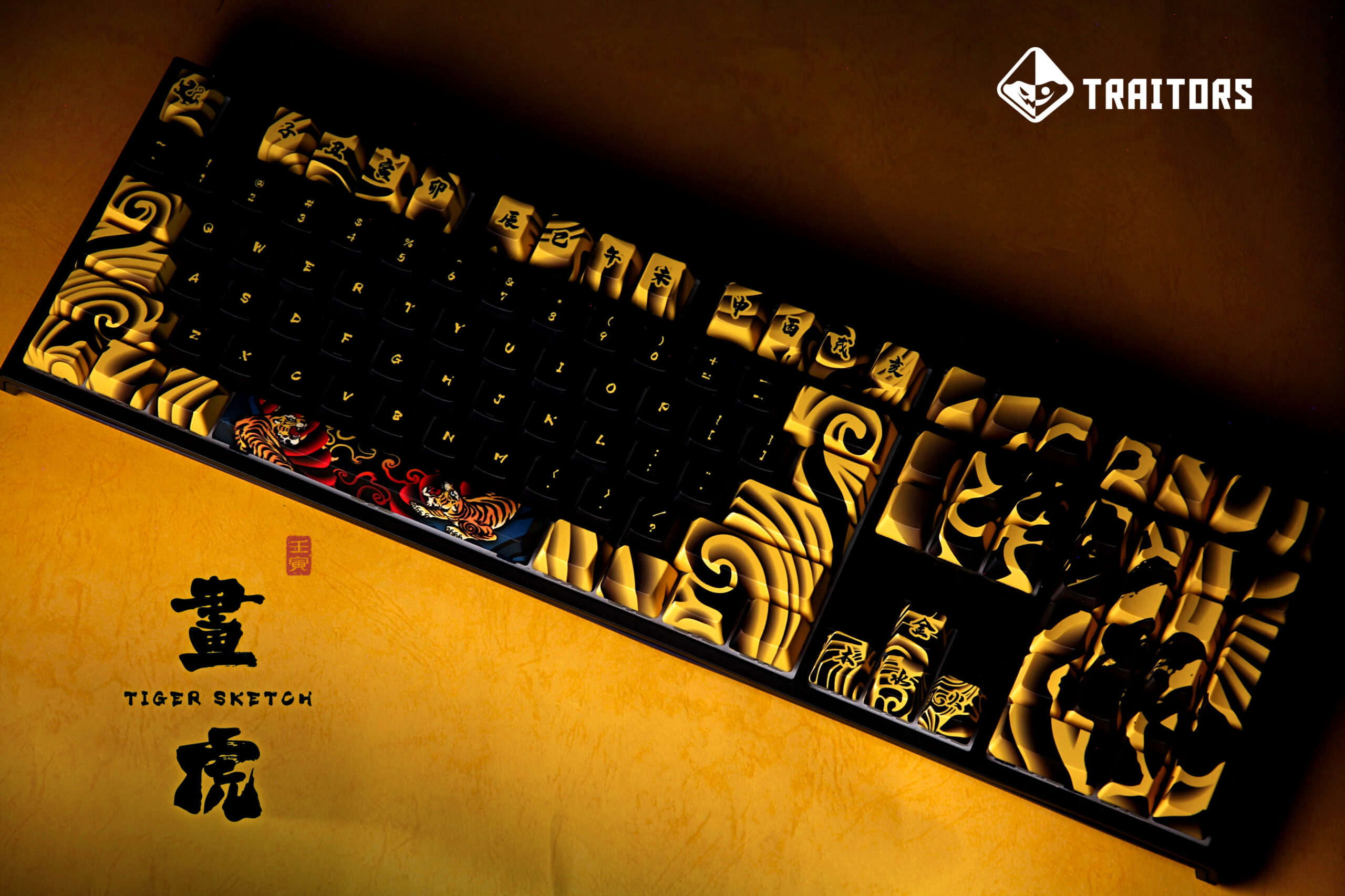 Tiger Sketch is inspired by the year of the tiger 2022. According to chinese culture, the tiger is known as the king of all animals. The zodiac sign Tiger is a symbol of strength, exorcising evils, and braveness.

the symbol on the ESC key and the keychain, is a tiger-shaped metal representing the power of military in ancient Chia. Whoevere possesses it has the right to dispatch troops.

Devided into two halves and with inscription carved on the back, only when two halves of Hǔfú matching together would the army be deployeed. The left helve is held by military commanders while the other half is stored by the imperial court. Each troop has its corresponding Hǔfú.

Tigers are commonly drawn in two poses: going up / down the hill in Chinese painting.

The former one is usually with pine branches and moon, bringing peace and serenity to the viewer. While downhill tiger seems to be in a ready-to-hunt pose and is accompanied by snow rocks to highlight the tiger’s power. It is believed that the painting is able to expel evil spirits 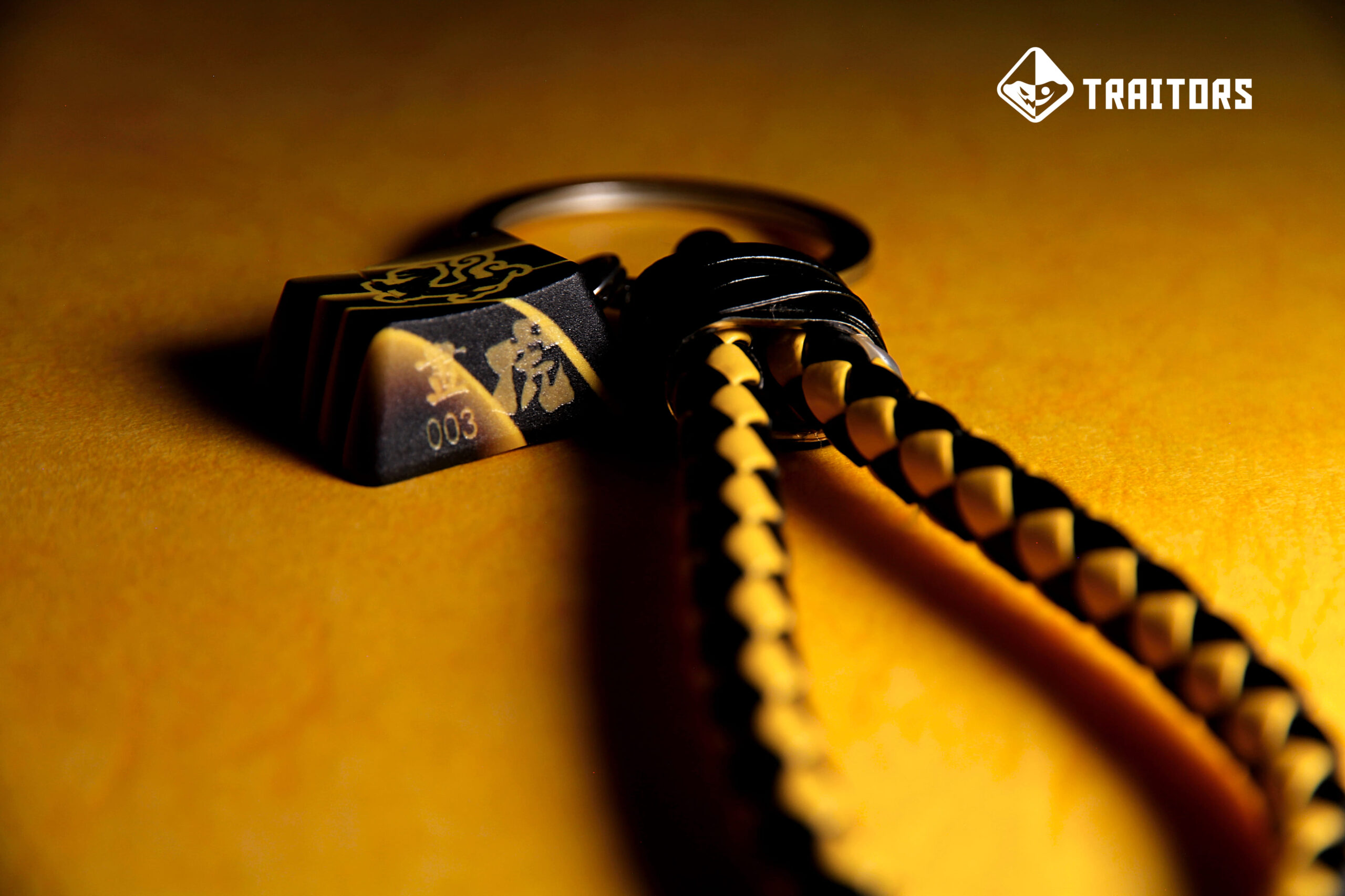 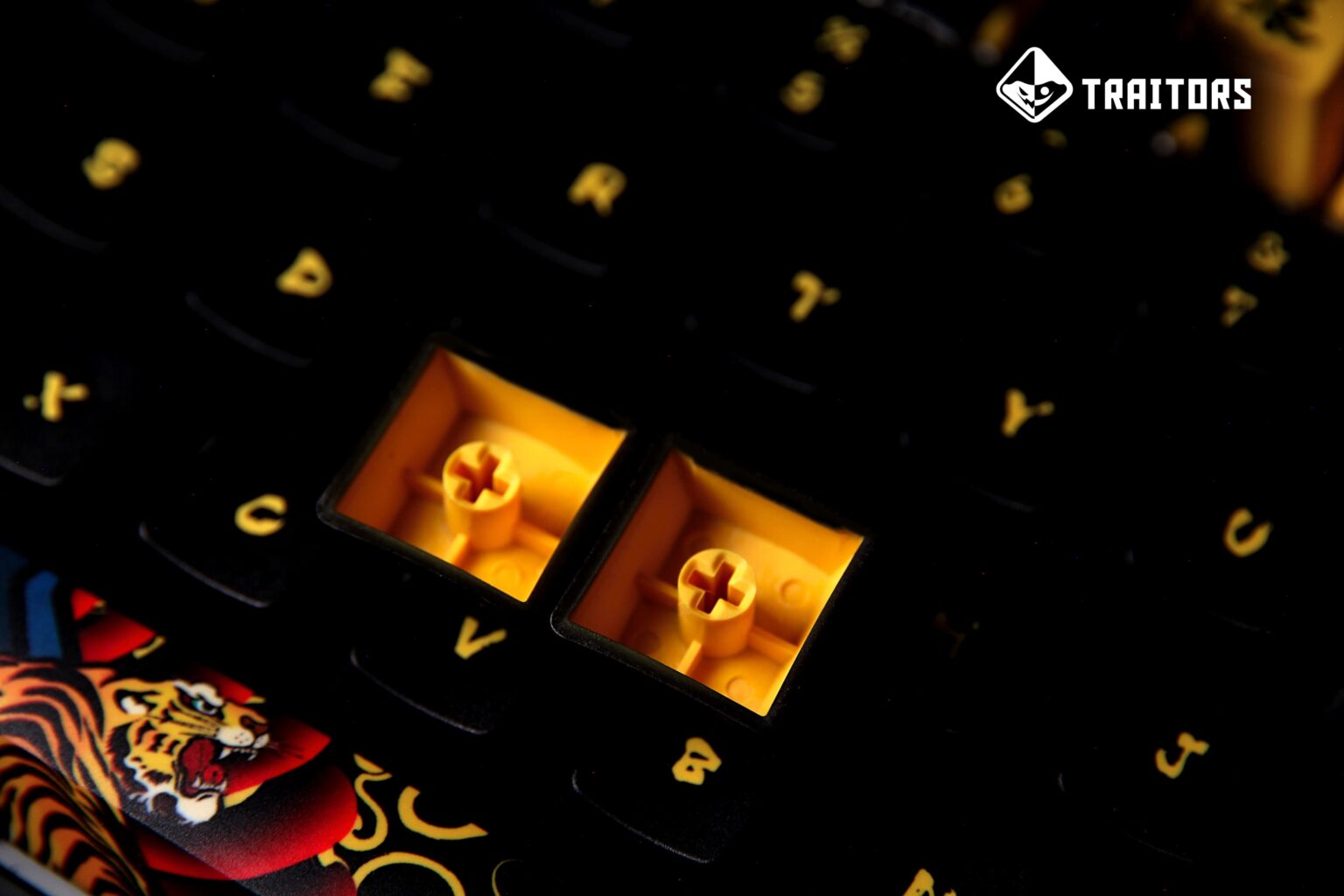 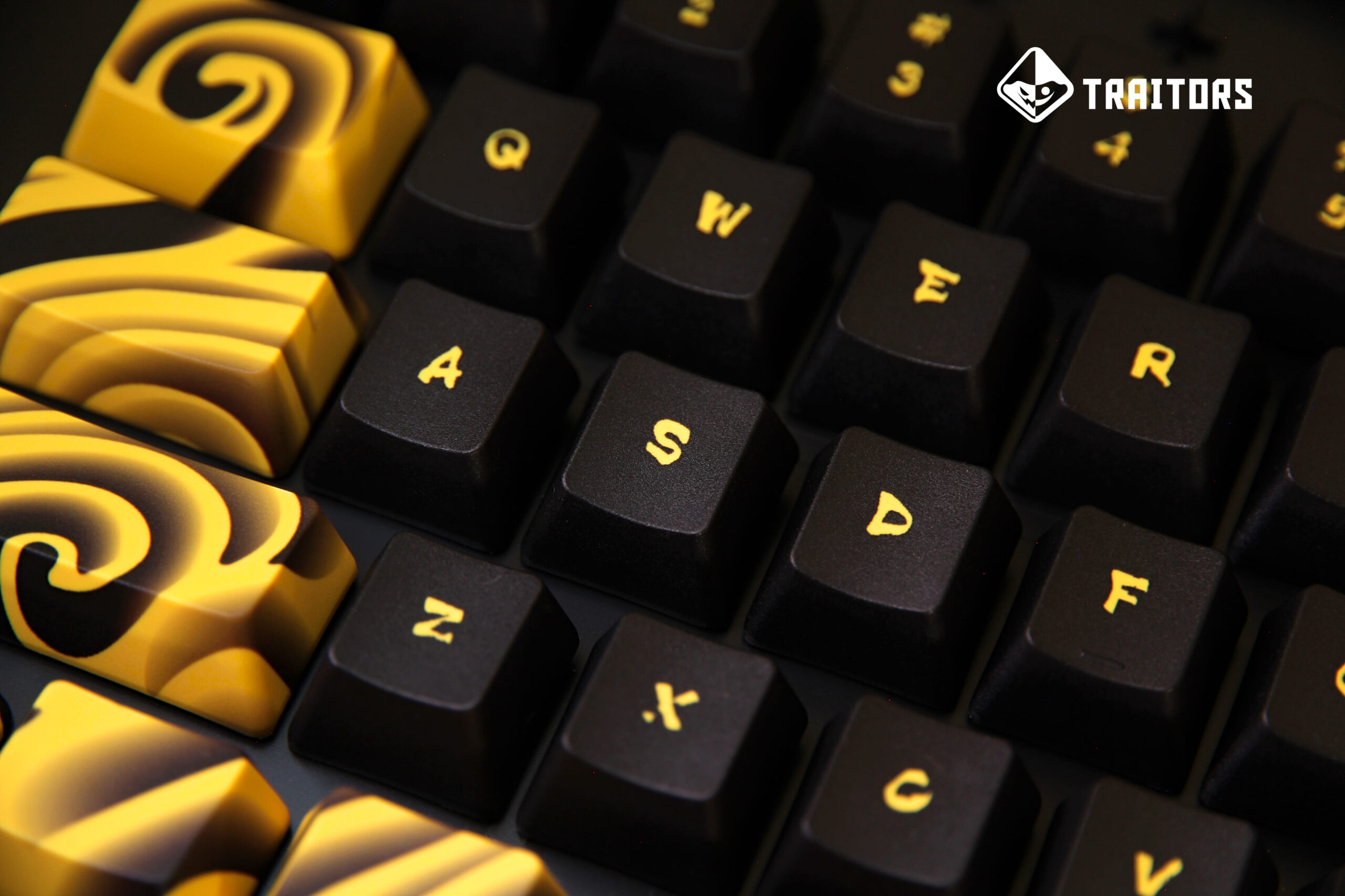 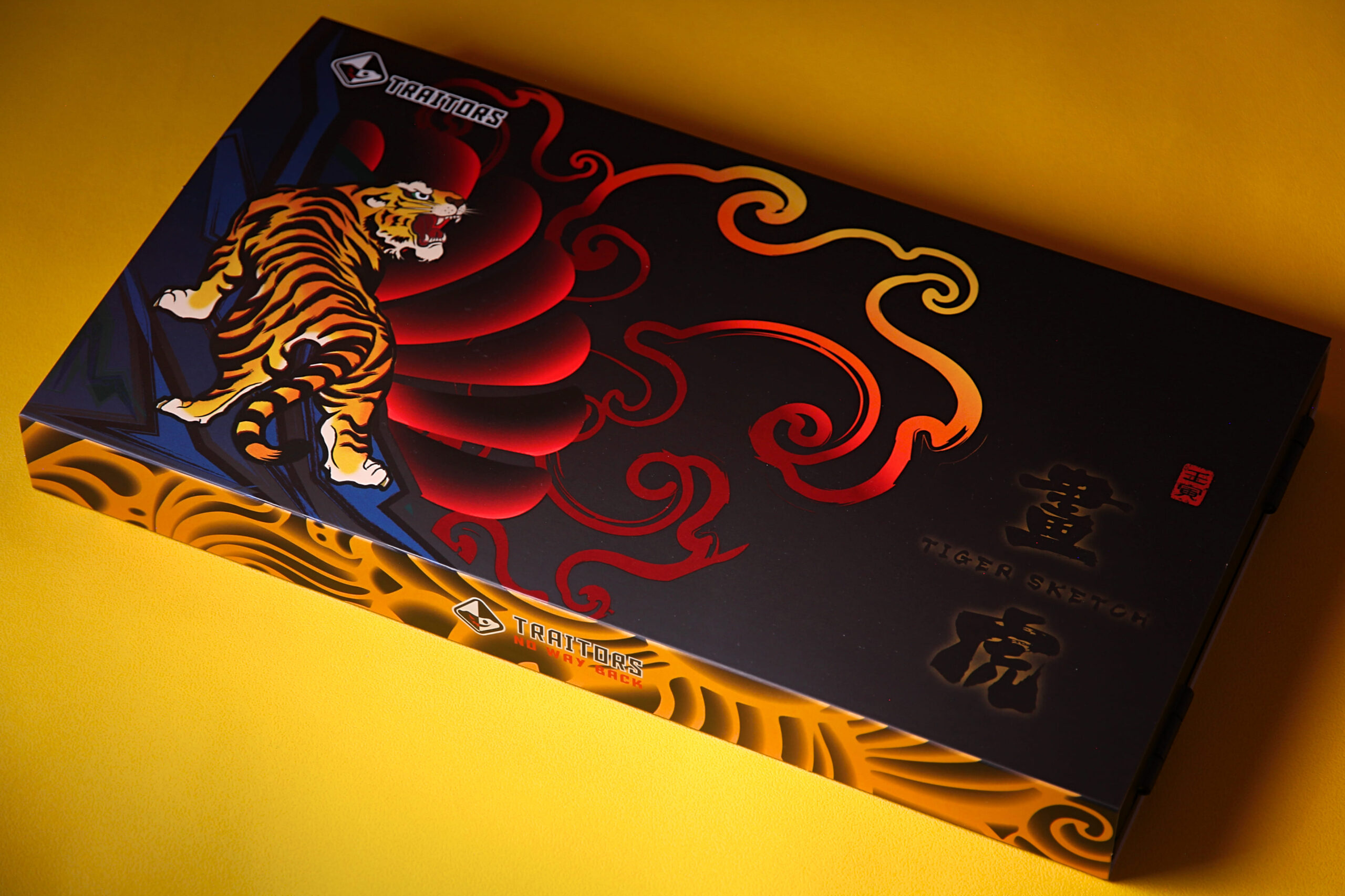 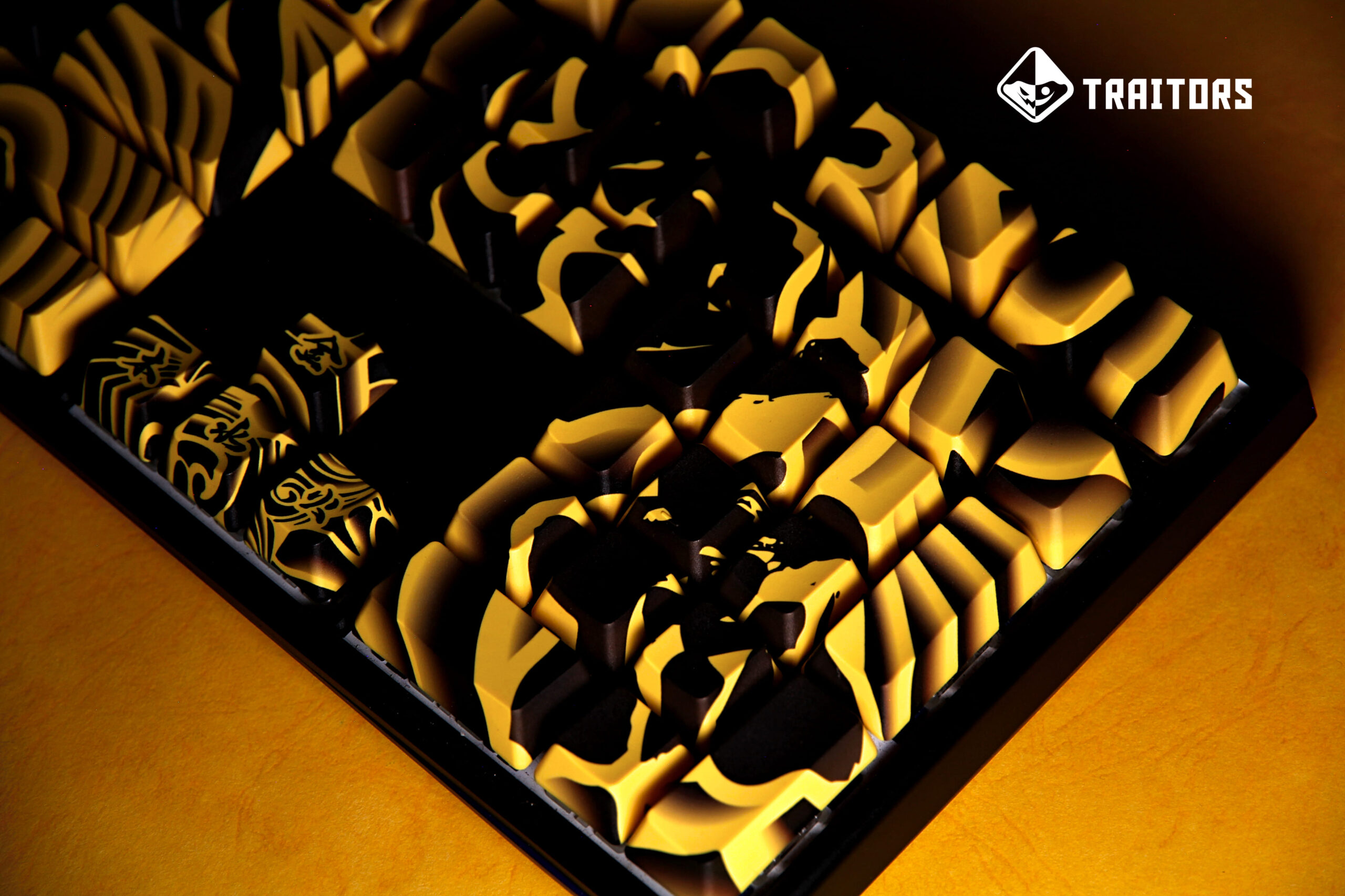